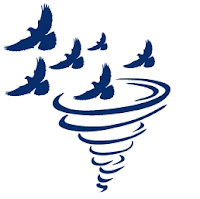 March 10, 2012
at the Vernon County Fairgrounds in Nevada, Missouri
The meet and greet will be a chance for all to gain and share knowledge on pigeon racing. The all breed show will be hosted by Shawn Pryer. Anyone can enter and entries
will be taken until 9:30. The racing/diploma bird show will take entries until 10:45 for $3 an entry and trophies will be awarded.
Dinner will be served at noon. We ask that you bring a covered dish for a potluck meal. After the 1:00 bird release we will begin the auction. Any club can participate in the auction. The auction will start with birds donated by fanciers to support the Flight for the Fight Race in the fall. After those birds and items are sold each club will have their own birds and items to auction off. Those items and birds will benefit their own club.
The Twister combine (MWRPC, Sac-Osage and OIL groups) is having their first annual Flight for the Fight event. This year the AU is supporting the fight against breast cancer by it’s pink bands. The Twister Combine will have a benefit cancer race on October 20th, 2012 from Greensburg, Kansas, a 250 mile race.
The proceeds from this race will go to a child in our local area who is fighting a battle with cancer.  The bands will cost $10 and will be sold until October 19th, which is shipping day. The person who purchased the band on the winning bird will have their name, on behalf of the Twister Combine, on a check that will be presented to the recipient.
If you are a fancier yourself and would like to fly your own bird, please send your bird along with $10 to a member of the Twister Combine.  A member can be found by calling Jerry Smith, Twister Combine President, at 620.743.3039.
We are having a pot luck dinner with bird show, auction and bird release on March 10, 2012 at the Vernon County Fairgrounds in Nevada, Missouri.  Come join us!
Posted by American Racing Pigeon Union at 4:26 PM