Let’s Hear It for the Tigers and Tigresses! 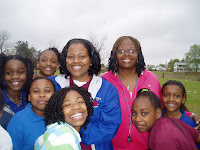 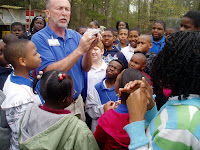 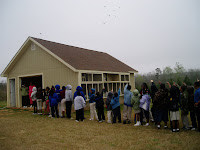 The Flying Tigers and Tigresses went on a field trip and had a great time. Students were escorted by the world's greatest chaperones.

Everett Stenman (Queen City Racing Pigeon Club) graciously hosted the group at his loft. Students toured inside his loft while others watched his race team exercise. Students acknowledged that although they were grateful for the tour, they still want their birds to beat Everett’s in the weekend race from Arkansas!!

The pictures show Everett’s loft, a presentation by group originator, Ronnie Shumaker, and the smiling faces of the chaperones, Tigers and Tigresses. The Tigers & Tigresses made a great showing in a race top 20!

Reading Pigeons’ Brains as They Fly

HAVE YOU SEEN THESE AMAZING BIRDS?

A look at some race birds.
Posted by American Racing Pigeon Union at 3:58 PM 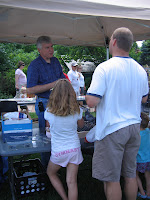 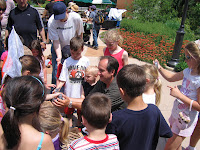 AU CHICAGO COMBINE MEMBERS SHARE THEIR SPORT
WGN-TV in Chicago covered the educational display and presentation hosted by the Morton Arboretum. A steady flow of people came through all day. It was a good time for an exhibit. Lots of families came with their children. The Chicago Combine, members of the American Racing Pigeon Union, coordinated and manned the exhibit with display birds and approximately 80 additional birds for special releases throughout the day.

The Arboretum shelter served as the stage for Chicago Combine members to visit with patrons and share information about the racing pigeon sport. It turns out that many of the people saw the combine members on an earlier public television spot.
AU board member and Plains Zone Director, Bill Mitiu, is on a promotion roll - a few days with WGN-TV and the Arboretum, then on to another presentation and then a potential radio talk show on ESPN Radio.
Want to know more about racing? Check out http://www.pigeon.org or email aupromo@aol.com.

Following a lifelong love of pigeons

Following a lifelong love of pigeons

When Marco Palomares was a teen in his hometown of Morelia, Michoacan, a friend gave him two racing pigeons. His heart skipped a beat. The teen's delight was short-lived because his father made him return the birds.

But his dream of owning his own birds did not die. Fifteen years later, Palomares began raising wild pigeons on his property on Tucson's far South Side, and in 2001 he went to the Pima County Fair and was introduced to members of the Tucson Desert Invitational, a local pigeon-racing club.

That same year, Palomares invested $700 and bought a used loft and 50 birds. He now has 120 birds and three lofts and he breeds and races birds. His winning birds have earned him a trophy, plaques and about 100 certificates.

Palomares, 39, shares his passion for the sport with his daughter, Atziry Palomares, 7, a Summit View Elementary School student who wakes up early to help her father feed the birds, clean their cages and help in their training.

She, too, races winning birds. "I like to have them eat out of my hand, and I like to hear them cooing," Atziry said.

This family affair in the sport is what Fredrick loves to see. Fredrick, race secretary for Tucson Desert Invitational, has been active in racing the birds since 1956.

"I support the sport and like to help people get started," said Fredrick, 66. "Marco is a very supportive and positive member, and he has become a real competitor," said Fredrick, explaining that in one race in November a large percentage of birds that placed in the top 40 were owned by Palomares.

"Marco is a gentleman in every definition of the word, and his family is quite supportive of his interest."

Palomares serves as Tucson Desert Invitational's liaison and translator for its Spanish-speaking members. The club has 20 members, and it is part of Southern Arizona Racing Pigeon Combine, which includes three clubs. There are about 40 members in the combine, and junior members range from 7 to 17 and senior members ages 18 on up into their 80s.

Fredrick owns about 150 birds and breeds a new team of racers every year to replace birds lost in races, or for those he retires from the sport. He also sells birds to other racers, and he gives birds away to newcomers.

"I have helped dozens get started over the years. I do whatever I can to help them in building their lofts and in giving them advice about raising birds," said Fredrick.
He stays engaged in racing the homing pigeons because he is fascinated in their ability to fly hundreds of miles to find their way home. "It is a great joy to sit there and watch these birds come home," said Fredrick.

He also is intrigued with the art of breeding and coming up with top-notch racing birds.
So is Palomares, who is mixing four breeds to come up with his own breed that he is naming Mexican Thoroughbred. Palomares has entered birds in racing competitions since 2003, and began breeding birds in January and just finished earlier this month for this year's competitions. These young birds, about 80, will be trained for racing in the fall from October to December. Birds that are 1 year and older race from February to May.
During a recent visit to his pigeon lofts, Palomares and Atziry checked in on newborn birds still being fed by their parents. One bird was a day old, still with its eyes closed. Others were about a week to several weeks old, still learning to fly.
Palomares put an identification band on one bird's leg, baptizing it AV 2009 TDI 2379. He then held another bird that was three weeks old and weighed about one-fourth of a pound. Its wing span was about 2 feet.

The older birds — some white, brown, silver, red with white wings, and gray with purple and pink markings — were in the training loft, learning to enter and exit the loft and preparing for flight.

About 60 birds took off and flew for about an hour, not far from the property. They remained in sight, but when they are about 5 months old they will disappear from sight for about 30 minutes because they are more confident and can go farther, Palomares explained.

The younger birds remained on top of the loft because they still needed to learn how to take to the air, he said.

As they get older, they will be taken to drop off points in Willcox, Casa Grande and Yuma and released to make their way back home. Eventually, they will compete in races from Desert Center, Calif., 300 miles, to Gabbs, Nev., 600 miles distant, and find their way home.

Palomares has another dream he hopes to accomplish. That is entering the Sun City Million Dollar Pigeon Race in South Africa. The entry fee for one bird is $1,000, plus additional costs including shipping. The winning purse is $200,000. This year's race, held in January, had more than 3,000 birds compete from 20 different countries.
"This is a race I would love to win," he said, breaking out in a smile.
On StarNet: See a video about the racing pigeons at go.azstarnet.com/racingpigeons 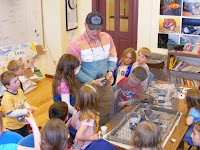 Teaching kids through pigeons. It's a great way to connect and understand. 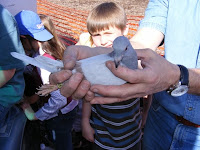 July 13 "Rainbow Pigeons with Doug Beter." Come learn about the different breeds of pastel-colored pigeons, and the stages of their growth. "Uncle" Doug will invite the audience outside after the presentation to watch the pigeons soar way up into the sky, perform a brief aerial show, and then fly "home." The Friends of Pearl City Library (Hawaii) is sponsoring this program which is recommended for all ages.

www.pigeon.org
Posted by American Racing Pigeon Union at 11:23 AM