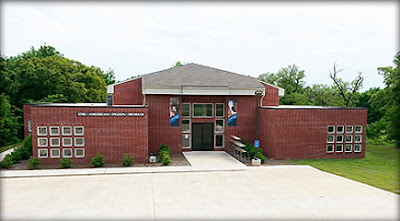 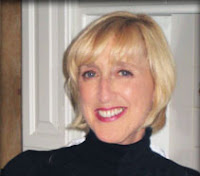 In the long history of Ohio-Penn Federation racing, never has a modern loft flown like that of Mr. Heber Nelson of East Liverpool, Ohio.  This loft has twice been second overall winner in the 500, and in 1999, was the first overall Federation 400 winner; this against an eight year average of over 120 lofts per race.  In addition, five times, Heber has won his section, the tough, and big, Penn-Ohio.  Over the last eight (8) years, Mr. Nelson has averaged placing his first bird in the stratospheric, 99.8th percentile (better than the top 1%), against an average of 1681 birds per race, the best average percentile ranking in the history of the race.  You don’t see consistency like this year after year, unless you’re looking at a battle-tested champion who is “first among equals”!  In addition, he ranks second in the total number of birds placed in the top 1% of the race for the last eight (8) years, at 14 birds, representing 4.49% of his entire entry, the third best in this statistic.  This old bird racing achievement is remarkable, (as is his young bird racing record, which includes in 2001, First Overall of the always-hard-to-win GNEO Futurity race.) 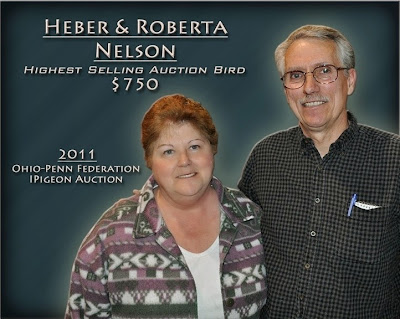 Nelson, for six or seven years, has been a dual widowhood man, but has tried in the past, all sorts of combinations in his search for effectiveness, finally deciding that “nothing beats separation.”  He likes cocks better, feeds light to heavy, and starts feeding the seeds separately when he gets to the heavy part of the week.  After the early barley, Heber likes hemp, kafir corn, safflower and wheat (on the short ones), which he blends with his regular mix.  Feed quantity is of no concern when he gets them down the road, meaning they eat all they want.  He wants fleshing.  He has tried Ganus’s 1-2-3 program, but now worries only about canker (every two weeks in season) and respiratory (for 5 days preseason).  He’s not particularly big on vitamins, and judges himself to be a little laid back regarding motivation (We may thank God for that!), and says those seeing his loft find it to be very ordinary.  His most unusual preparation procedure is to train the widowhood team every day from 15 miles, from work (third shift), but which is from the east!  He races from the west!  The birds are separated when he gets home.  “Sometimes you just have to compensate!”  What we are describing here, is an American pigeon racing champion, who knows what buttons to push, and who, in the words of Cleveland racing legend, Bobby Krzewinski, “has a regular routine that he changes every day”!  Pigeon racing for Heber Nelson is an art form.  He senses things the rest of us can’t see.  He feels things the rest of us can’t touch.  He’s a pigeon racing Picasso.

Nelson flies a family of Busschaerts and Stichelbauts.  The Busschaerts were purchased from a local breeder who “believed in free-love”, without disadvantage, then sold his birds.  Heber reaped the benefits when he crossed those free-loving Busschaerts with his Stichelbaut family.  Of course, the rest is history.  Nelson’s stock can be purchased very reasonably, and has proven to be very popular at auctions.  You can reach him for advice at 330-386-5925.  He’s hard to catch, but nice, and very informative when you do.  Long distance racing pigeon specialists don’t come any better than Heber Nelson.  Seek him out while you can.  You beat your competition by studying them, getting their genetics, then out hustling them….if you will!  (Not many will!)  “There are no silver bullets” according to Mr. Nelson.  But, good luck, anyway!
Posted by American Racing Pigeon Union at 3:33 PM