Our thanks to kind folks that come upon wayward racers.  Normally highly reliable in their ability to navigate to their home loft, sometimes adverse conditions disrupt the birds' homing faculties.  They get an assist getting back home from good folks such as these.


. . . Two weeks ago, Ginger Mims pulled into her store on Main Street and found an injured pigeon that could only hop away from her as she approached it. Unable to catch the pigeon, she decided that she’d feed it Cheerios and water.


After returning to work a couple days in a row and finding the pigeon still by her parking spot, she noticed a tag around it’s ankle and knew that is must be a racing bird. The next thing that came to her mind was to call local pigeon racer Modie Mascagni.


Mascagni immediately made his way to Mims’ store with a cage and other birds to help coax the pigeon into the cage. After a few tries, Mims, Mascagni and Mims’ son Fletcher, 7, successfully caught the bird . . .


. . . After Mascagni got the pigeon home he immediately treated a wound on her chest, that had almost healed on its own, with antibiotics. Mascagni believes that she probably received the wound from hitting a cell phone tower that then caused her to slow down and get lost in Natchez.


Mascagni then took the code off her tag and entered it into the American Racing Pigeon Union database and found out that she was lost five weeks ago racing from Hoxie, Ark., to her owner’s home in Houston, Texas.


He also found that she was a grand racing pigeon that had won first place on a 400-mile race and second place on a 500-mile race. 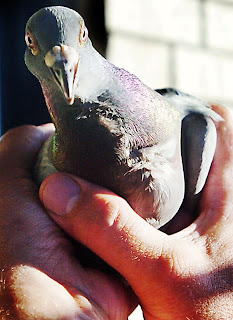 “It’s exciting for me to find a bird that has won,” Mascagni said.
He said that the birds fly up to 45 miles an hour and can make those 400 and 500 mile races in a day. So, for the bird not to be back in Houston, with its owner after five weeks from the start of the race, Mascagni figured the owner had probably thought the bird was lost forever.


Mascagni said when he called the owner to tell him he’d found his bird, the man was more than excited to hear that his award-winning pigeon was well and safe.


In six to eight weeks, when the pigeon has fully recuperated, Mascagni said he’ll either let her fly back or ship her back to Houston . . .


Walter and Brenda Codney of Council Bluffs, Iowa, shared an hour and a half presentation with 35 pre-school children and teachers on the joys of raising pigeons. 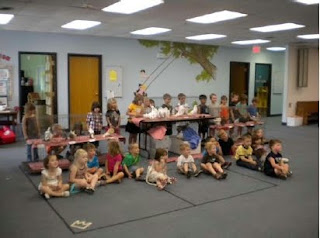 The event was a huge success! When contacted by his grandson’s school, Walter’s mission was set. He would put on an unforgettable event for his grandson’s fellow students. Walter raises mostly racing homing pigeons and does have a few old fashion frills. However, a simple bird release and showing off a frill just didn’t fit the bill of an unforgettable event. After all, the goal was to leave a long lasting impression.


Walter went right to work and contacted many fellow fanciers to see what birds he could line up for the kid’s viewing pleasure. What Walter found out was that pigeon fanciers were both eager and proud to help out! At the end of Walter’s quest, he had collected over 20 species of pigeons to show the children. Even though all the pigeons were special, some of the more impressive pigeons (the one’s that brought on the most “oooohs & ahhhhs”) were the Jacobin, Saint, Archangel, Fantail, Indian Fantail, English Long-Faced/Volga/Novalcheski-Russ Tumblers, Fairy Swallow, & Pigmy Pouter. Through the generosity of his fellow fanciers, Walter also had several breeds and colors of rollers, tumblers, trumpeters, an Ice Pigeon, Damascene, Modena, Show King, Dutch Highflier, Old Fashion Frill, along with several different colored Racing Homers to show the children.
Pictures displayed growth of a baby pigeon, the banding process, loft styles, and bird releases. Since children like the hands-on approach to learning, a wooden pigeon egg was passed along for them to see. Of course any opportunity to allow the children to have a hands-on experience with the birds was a priority.


To cap off the event, the children were escorted outside to the playground for a Homing Pigeon release and explanation of the traits of this sporting breed. After the Homers were released and on their way home, Walter ended his presentation with a Parlor Roller demonstration. The children whooped, hollered, and laughed seeing them rolling across the ground! In addition to what is sure to be long lasting memories, each child left that day with some children activity items, compliments of the American Racing Pigeon Union and a necklace made by Brenda with a ribbon and an old pigeon band. 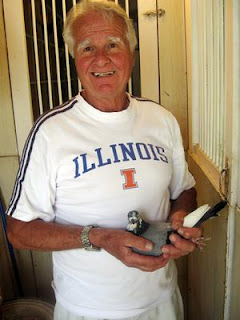 Excerpt: Bill Leskovisek is the biggest pigeon fan this side of Bert from Sesame Street. Sometime today, some of Bill’s racing pigeons will arrive at Bill’s home in Virden after a 500-mile flight from Oklahoma City.

Sometime tomorrow, other racing pigeons Bill owns will arrive at Bill’s home in Virden after a 650-mile flight from Shamrock, Texas.

The racers have computer-coded bands on their legs. When one lights at Bill’s pigeon pen, the band will be scanned, just as if the bird was a bag of celery on the checkout conveyor belt at the Piggly Wiggly, and the time of its arrival will be recorded. Owners with birds in the race will then compare times to see which bird won.

Bill’s Most Memorable Pigeons Numbers One and Two: He and his brother, Sonny Leskovisek, got their first two pigeons when they were just kids. Their father brought them two “barn pigeons.” Those aren’t racing pigeons, but “that got me going,” Bill says. He and Sonny named those two pigeons Mama and Papa.

Bill was about 10 when he got into the pigeon game. He’s 78 years old now. That’s a lot of pigeons.

At one time, Auburn, Bill’s hometown, had more pigeon fanciers per capita than any other town in the United States. There are only a handful of true pigeon people remaining in central Illinois. Most have died.

Bill’s Most Memorable Pigeon Number Three: She was a yearling hen known only by her band number, 1449. What did you think, he named them all? He got this one from “Bone” Helms, who was a butcher in Auburn. Bone didn’t like that bird. Bill did.

“I liked something about its personality,” he says. “Pigeons have personalities. Oh yes, just like dogs and people.”

That pigeon made it home from Oklahoma City in a day, making it what they call a “day bird.” This was about 30 years ago.
Posted by American Racing Pigeon Union at 11:24 AM


Bert Oostlander is a pigeon fancier. He flies pigeons, breeds pigeons, trains pigeons. His international pigeon supply business in midtown Savannah, where he produces his own line of products in a 15,000-square-foot warehouse, is one of the largest pigeon operations in the country.


His supply business in Holland, where he also publishes a magazine, runs an auction site and distributes his catalogue, is just as big.


Oostlander knows pigeons. He knows about a pigeon race in China that carries a $5 million purse and one in South Africa that pays $1 million. He knows about pigeons that are sold for $200,000 each. He can't help himself.


On race day, the pigeon owners meet at a designated place, like the Food Lion in Pooler, load their caged and trained athletes into a trailer and head for the starting gate. It could be 100 miles away in Dublin, 300 in Lincoln, Ala., 507 in Holly Springs, Miss., or 700 in Russellville, Ark . . .


. . . The birds' time is calibrated by a magnetized rubber ring that circles their ankles and sets off a timer as they re-enter their coop.


'A family sport' . . . "It was different back then," he said. "Each block had three or four kids with birds. We had clubs with 60 members strong. There wasn't as much to do."


Oostlander, 69, picked up the sport when he was living in Holland, where he was born. "It's a good backyard sport, a family sport," he said.


When his family moved to Detroit, he kept up his interest. Sixty years later, after careers in the auto industry and hotel and restaurant management, Oostlander and his wife, Wendy, retired. That lasted about eight years . . . .


. . . . . . So he started Global Pigeon Supplies. The business, he said, became a lot bigger than either of them expected, more from business oversees and in other parts of the country outside Savannah. Oostlander, who keeps 400 birds in his Wilmington Island loft, says he's the only fancier in Savannah. He attends the club in Effingham County . . . 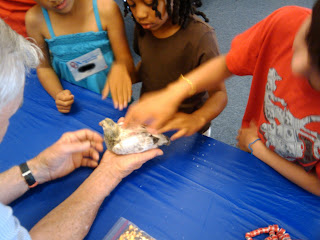 AU member Bill Jordan visited this year's first camp session to teach students about racing Homing Pigeons. It is a hit with students and staff each year.
Posted by American Racing Pigeon Union at 3:21 PM

It's Going to Be a Party!

The American Racing Pigeon Union is Having a Birthday...
Join us, won't you? 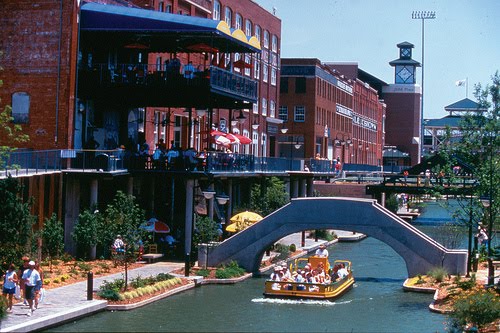 This will be a party you don't want to miss. Join us for a great race and 2 days of tours.
Your registration includes a daily continental breakfast, pizza on shipping night, lunch on race day, meals while on tours, dinner at our birthday bash and awards banquet and gala (and don't forget the entertainment).
Also included is access to the races, transportation between the lofts, seminars, hospitality room, auctions, and much more.
Races will ship on Wednesday, November 10 and races will take place on Thursday, November 11 (weather permitting).
There are three host lofts for adults . . . and for the kids, a treat with the loft at Continential Breeding Station.
Hotel rooms are going fast! Check out the tours and activities & register today.

*********
Our 2010 Centennial T-shirts have arrived! These T-shirts are classy and a great statement acknowledging your membership in the American Racing Pigeon Union. They are a fantastic reminder that we can all be proud to say we belong to the AU and that we value our heritage celebrating 100 years.
The shirts are quality cotton with the AU Centennial logo on the front and back. Shirts come in large, extra large and XXL, and are reasonable at $19.95 a piece, which includes shipping.
Posted by American Racing Pigeon Union at 1:38 PM