TRIBUTE TO A LONG-TIME FANCIER 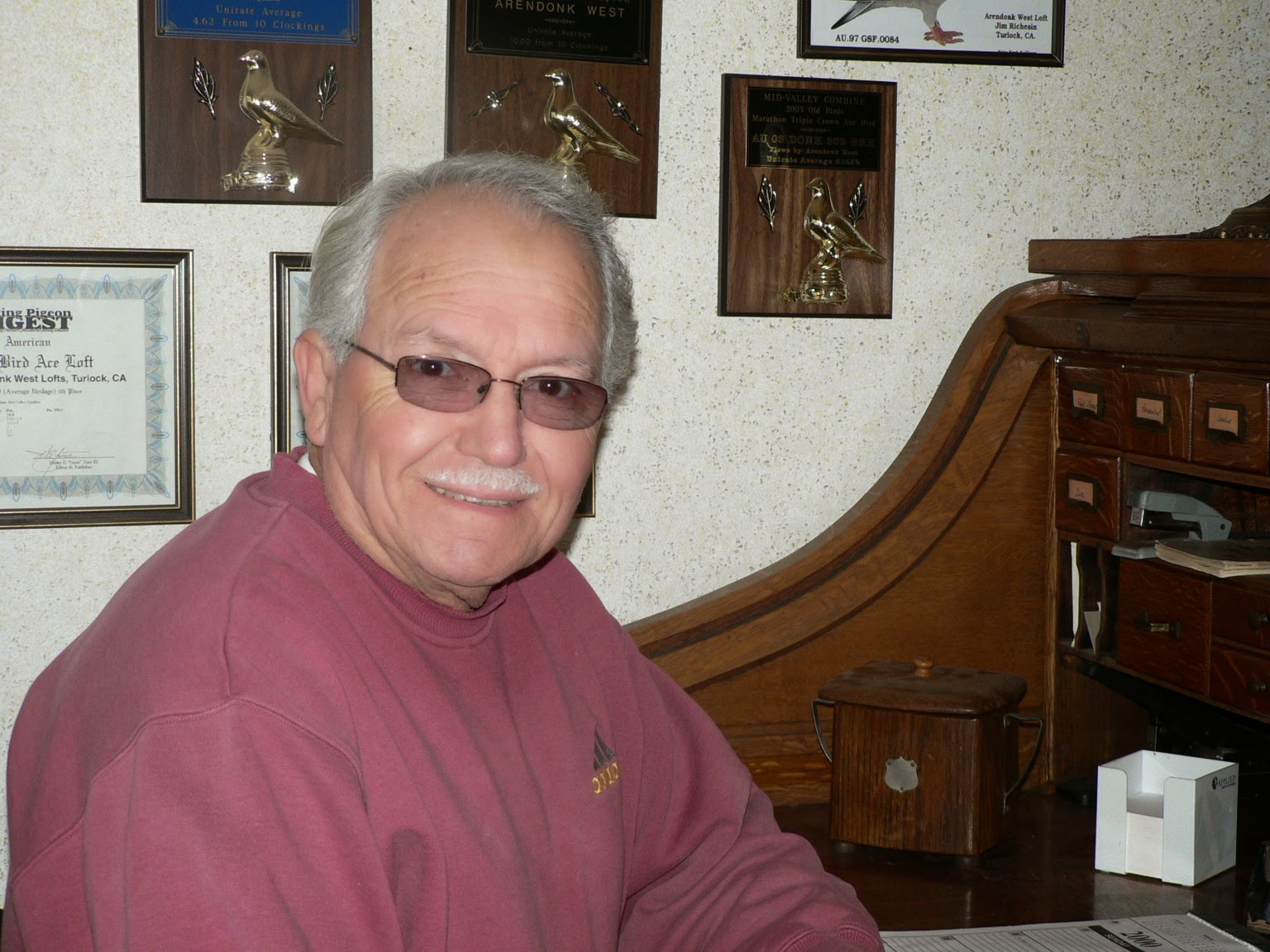 As a serious pigeon fancier, Jim Richesin has flown pigeons in competition for many years, long before computer records of his wins.

As a child, he flew in the later 40’s with the Central California Homing Club.  After serving 11 years with the U.S. Navy in the Korean War, he could not wait to come back to the sport in the late 60’s.

His first club competition was with the San Diego Club; then San Diego Invitational in the mid 70’s.  That’s when he joined the AU.

After moving to Central California, he joined the Modesto RPC. Later, with four other members, he founded the Golden State Flyers.  They had eleven flyers to compete before they had their first race.

Within the following year, he helped establish the Mid Valley Combine with Ed Jorgensen, Dan Severns, Mickey Hickman and Mike Gonigan.  They had fundraisers in the early years by having bird auctions from birds donated from as far away as the New Bedford Club in Massachusetts.  That helped them finance their own club/combine truck.  In the club and combine, he held about every office available and took part in writing the club and combine constitution and race rules.

Several years ago, he was asked to join the AU board of directors as a replacement for the late Matt Bourguignon as the Competition Standards Chairman.  It was an honor and a privilege to serve in a position that he enjoyed so much.  He took part in making decisions that had to be made – sometimes with short notice.

He also had the pleasure of serving as the President of the California State Racing Pigeon Organization for two years.  He served briefly on the World of Wings board of directors.  He has devoted much of his life working for the sport that has given him tremendous enjoyment.  That is work and experience he treasures.

It would not be a surprise to other pigeon fanciers to know that Jim still gets pleasure from visiting his pigeons every morning to do what is necessary for the day, from banding babies to racing.

He received the AU HALL OF FAME BIRD IN 2002.  His “Smokin Joe” AU GSF 2497 BBC was his single biggest accomplishment.  And he still has the plaque to admire every day. 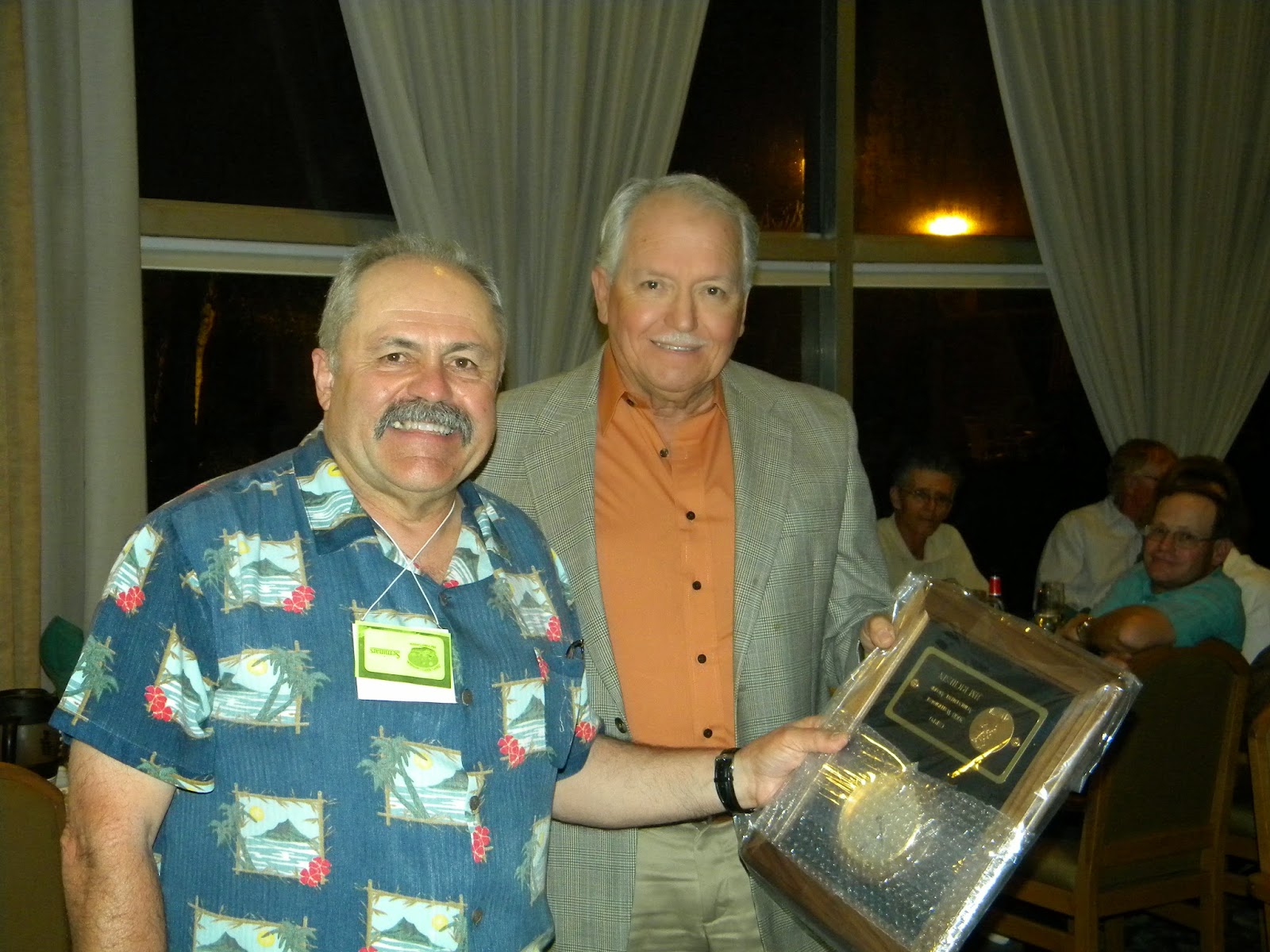 Jim turns 82 this year.  He will not have missed a year flying with the Golden State Flyers Club and the Mid-Valley Combine since they began in the 70’s.  A few years ago, he kept close to 250 birds at the peak of the year.  Now, with age, he keeps 110 birds at the peak of the year and as few as 50 in the winter.  As with many seniors, cutbacks are sometimes in order.  Trimming costs where possible, he intends to fly until he dies.
Posted by American Racing Pigeon Union at 4:07 PM

Allow time for loading.  There are quite a few pictures.